About Republic of Turkey

Turkey (Turkish: Türkiye), known officially as the Republic of Turkey, is a Eurasian country located 97% in Asia (mostly in the Anatolian peninsula) and 3% in East Thrace in Europe.

The capital city of Turkey is Ankara.The territory of Turkey is subdivided into 81 provinces for administrative purposes. The provinces are organized into 7 regions for census purposes; however, they do not represent an administrative structure. Each province is divided into districts, for a total of 923 districts. Provinces with the largest populations are Istanbul (13 million), Ankara (5 million), İzmir (4 million), Bursa (3 million) and Adana (2 million). 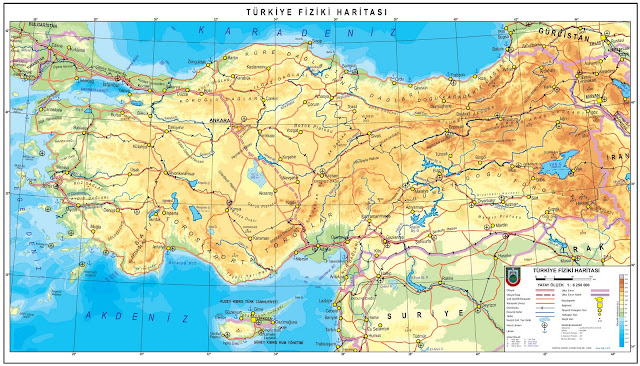 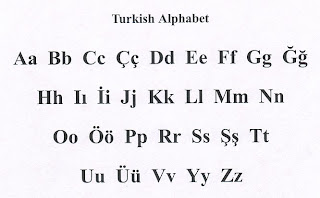 And Turkish is the sole official language throughout Turkey.


Turkey is a secular state with no official state religion; the Turkish Constitution provides for freedom of religion and conscience. Islam is the dominant religion of Turkey, it exceeds 99% if secular people of Muslim background are included.

Turkey has a very diverse culture that is a blend of various elements of the Oğuz Turkic, Anatolian, Ottoman (which was itself a continuation of both Greco-Roman and Islamic cultures) and Western culture and traditions, which started with the Westernization of the Ottoman Empire and still continues today. This mix originally began as a result of the encounter of Turks and their culture with those of the peoples who were in their path during their migration from Central Asia to the West.
As Turkey successfully transformed from the religion-based former Ottoman Empire into a modern nation-state with a very strong separation of state and religion, an increase in the modes of artistic expression followed. During the first years of the republic, the government invested a large amount of resources into fine arts; such as museums, theatres, opera houses and architecture. Diverse historical factors play important roles in defining the modern Turkish identity. Turkish culture is a product of efforts to be a "modern" Western state, while maintaining traditional religious and historical values.

Turkish music and literature form great examples of such a mix of cultural influences, which were a result of the interaction between the Ottoman Empire and the Islamic world along with Europe, thus contributing to a blend of Turkic, Islamic and European traditions in modern-day Turkish music and literary arts. Turkish literature was heavily influenced by Persian and Arabic literature during most of the Ottoman era, though towards the end of the Ottoman Empire, particularly after the Tanzimat period, the effect of both Turkish folk and European literary traditions became increasingly felt. The mix of cultural influences is dramatized, for example, in the form of the "new symbols [of] the clash and interlacing of cultures" enacted in the works of Orhan Pamuk, winner of the 2006 Nobel Prize in Literature.

The most popular sport in Turkey is football. Turkey's top teams include Galatasaray, Fenerbahçe and Beşiktaş. The Turkish national team finished third in the 2002 World Cup Finals in Japan and South Korea, while in 2008 the national team reached the semi-finals of the UEFA Euro 2008 competition. The Atatürk Olympic Stadium in Istanbul hosted the 2005 UEFA Champions League Final, while the Şükrü Saracoğlu Stadium in Istanbul hosted the 2009 UEFA Cup Final.
Other mainstream sports such as basketball and volleyball are also popular. Turkey hosted the finals of EuroBasket 2001 and the finals of the 2010 FIBA World Championship, winning second place on both occasions; while Efes Pilsen S.K. won the Korac Cup in 1996, finished second in the Saporta Cup of 1993, and made it to the Final Four of Euroleague and Suproleague in 2000 and 2001. Turkish basketball players such as Mehmet Okur and Hidayet Türkoğlu have also been successful in the NBA. Women's volleyball teams, namely Eczacıbaşı, Vakıfbank Güneş Sigorta and Fenerbahçe Acıbadem, have won numerous European championship titles and medals.
The traditional Turkish national sport has been yağlı güreş (oiled wrestling) since Ottoman times. Edirne has hosted the annual Kırkpınar oiled wrestling tournament since 1361.

Ankara is the capital of Turkey and the country's second largest city after Istanbul. The city has a mean elevation of 938 metres (3,077 ft), and as of 2010 the metropolitan area in the entire Ankara Province had a population of 4.4 million. 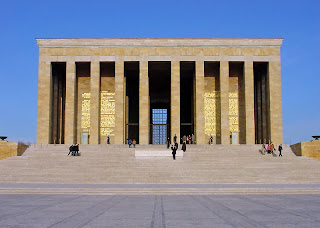 Anıtkabir is located on an imposing hill, Anıttepe quarter of the city, where the mausoleum of Mustafa Kemal Atatürk, founder of the Republic of Turkey, stands. Completed in 1953, it is an impressive fusion of ancient and modern architectural styles. An adjacent museum houses a wax statue of Atatürk, his writings, letters and personal items, as well as an exhibition of photographs recording important moments in his life and during the establishment of the Republic. Anıtkabir is open every day, while the adjacent museum is open every day except Mondays. 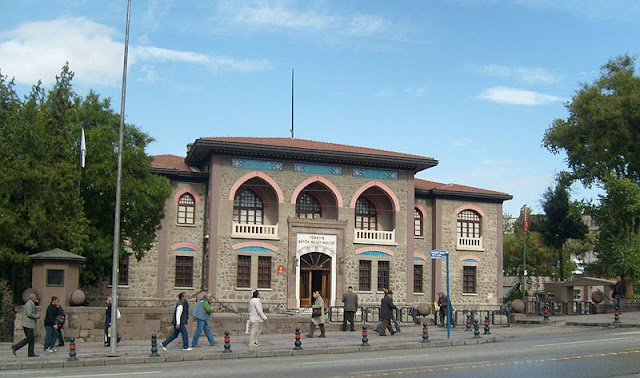 The second Turkish Parliament Building (1923), which is now the Republic Museum. 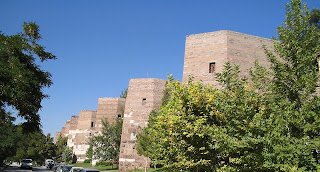 Ankara Citadel walls.
In the Temple of Augustus and Rome (commonly known as Monumentum Ancyranum) in Ulus, the primary intact copy of Res Gestae written by the first Roman Emperor Augustus survives. 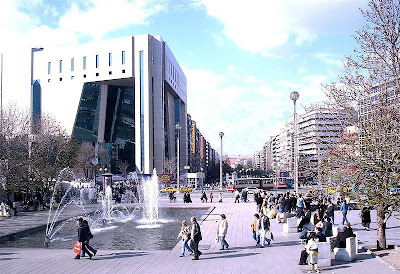 Kızılay Square is the heart of Ankara. 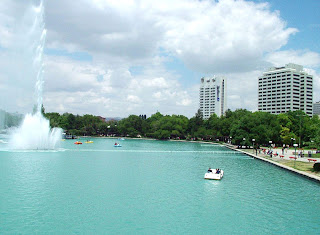 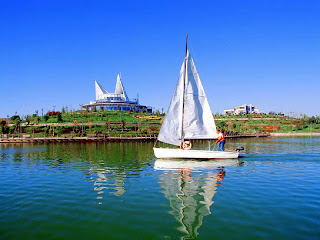 Gençlik Park (Youth Park) in central Ankara.Gençlik Parkı; houses an amusement park with a large pond for rowing. After restoration and renovation works, there are now a cultural center, youths' center and Ankara Municipality Convention Hall as well as 43 kiosks in the park. During nights light performances are held in the main pool. Also a science museum is under construction. 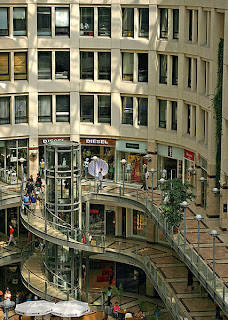 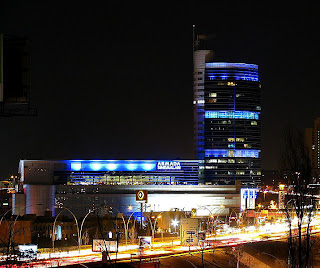 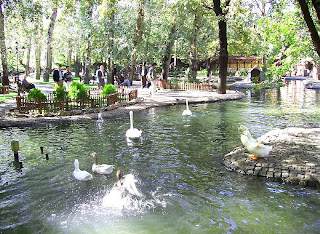 Kuğulu Park, famous for its swans, geese and ducks. 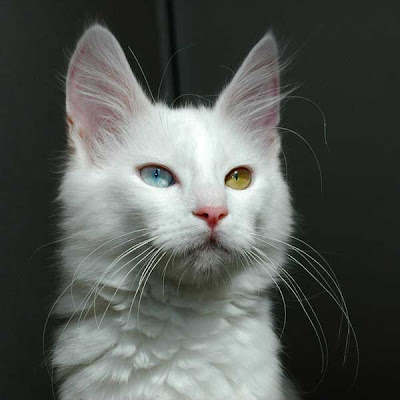 Ankara is home to a world famous cat breed — the Turkish Angora, called Ankara kedisi (Ankara cat) in Turkish. It is a breed of domestic cat. Turkish Angoras are one of the ancient, naturally-occurring cat breeds, having originated in Ankara and its surrounding region in central Anatolia.They mostly have a white, silky, medium to long length coat, no undercoat and a fine bone structure. There seems to be a connection between the Angora Cats and Persians, and the Turkish Angora is also a distant cousin of the Turkish Van. Although they are known for their shimmery white coat, currently there are more than twenty varieties including black, blue and reddish fur. They come in tabby and tabby-white, along with smoke varieties, and are in every color other than pointed, lavender, and cinnamon (all of which would indicate breeding to an outcross.)
Eyes may be blue, green, or amber, or even one blue and one amber or green. The W gene which is responsible for the white coat and blue eye is closely related to the hearing ability, and the presence of a blue eye can indicate that the cat is deaf to the side the blue eye is located. However, a great many blue and odd-eyed white cats have normal hearing, and even deaf cats lead a very normal life if kept indoors.
Ears are pointed and large, eyes are almond shaped and the head is massive with a two plane profile. Another characteristic is the tail, which is often kept parallel to the back. 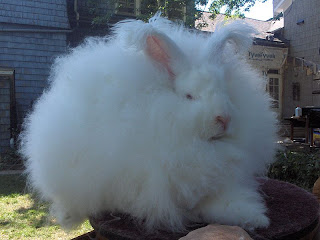 The Angora rabbit (Turkish: Ankara tavşanı) is a variety of domestic rabbit bred for its long, soft hair. The Angora is one of the oldest types of domestic rabbit, originating in Ankara and its surrounding region in central Anatolia, along with the Angora cat and Angora goat. The rabbits were popular pets with French royalty in the mid 18th century, and spread to other parts of Europe by the end of the century. They first appeared in the United States in the early 20th century. They are bred largely for their long Angora wool, which may be removed by shearing, combing, or plucking (gently pulling loose wool.) 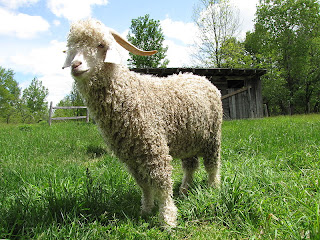 The Angora goat (Turkish: Ankara keçisi) is a breed of domestic goat that originated in Ankara and its surrounding region in central Anatolia.The fleece taken from an Angora goat is called mohair. A single goat produces between five and eight kilograms of hair per year. Angoras are shorn twice a year, unlike sheep, which are shorn only once. Angoras have high nutritional requirements due to their rapid hair growth. A poor quality diet will curtail mohair development. The United States, Turkey, and South Africa are the top producers of mohair.Angora goats were depicted on the reverse of the Turkish 50 lira banknotes of 1938–1952.